A message to our community about Covid-19

When most people think of leadlights, they think of churches and heritage listed houses from the turn of the century. However, they are still a popular addition for many homes and buildings around the world today, and it isn’t hard to see why. Not only do they allow sunlight to flow into the space, bathing everything in a colourful glow, they are comprised of intricate and beautiful patterns that make them very nice to look at. In this article, we have collated a selection of some of the most interesting facts about these windows to help with your decision.

1.Stained glass and leadlights – though used to interchangeably – actually refer to two separate glass styles. The former is the coloured glass that has been painted on or stained, mainly associate with churches and some Victorian or early Edwardian homes; whilst the latter, leadlight, covers the structural material used in both styles of windows; it draws its name from the lead that is used to separate different elements of the glass, whether they are painted stained glass, or just coloured glass.

2.The very first decorative leadlight windows appeared in Christian churches around 400 AD. It is believed that this is where the associated of beautifully coloured glass with churches first began (this is often the first location to spring to mind in this day and age).

3.The leadlight windows were primarily used in Catholic churches to depict scenes from the bible. A popular feature is the Stations of the Cross, which tells the story of Jesus’ crucifixion and subsequent ascension.

4.During King Henry VIII’s reformation of England, hundreds of churches and monasteries were destroyed to make way for the Church of England. As a result, hundreds of ancient leadlight windows were also demolished, and artisans were left too scared for decades to recreate the works.

5.The largest handmade leadlight window in existence is believed to be found in the Roman Catholic St. Mary’s Cathedral Basilica of the Assumption, which is located in Covington, Kentucky. It depicts the Council of Ephesus in 431 AD. It measures 20m by 7.3m. 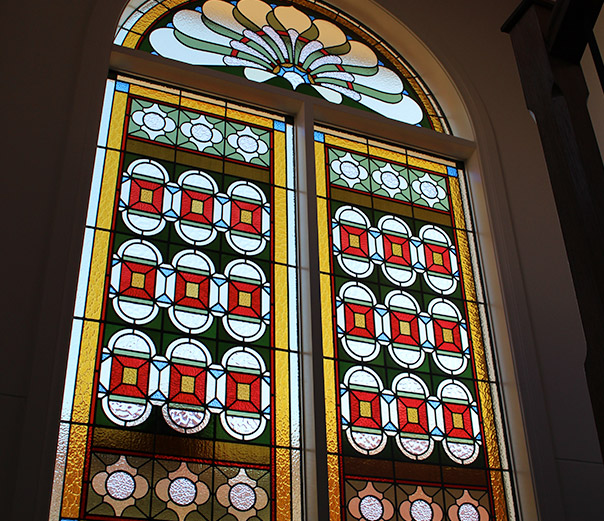 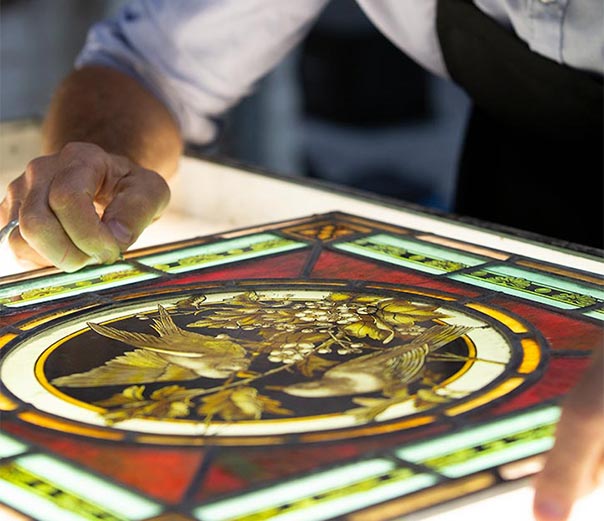 6.The royal medieval gothic chapel, La Sainte-Chapelle, houses one of the most beautiful and extensive collection of 13th century stained glass. It features 15 delicate leadlight windows that form a ‘jewel box’-like structure.

7.All 128 leadlight windows located in York Minster are regularly maintained and conserved by a single trust. The Cathedral’s Great East window was built in 1408 and contains the largest expanse of medieval glass in the world, making it of great value to historians and art lovers.

8.The colours in leadlight glass, also known as stained glass,are achieved through the addition of additives during manufacture. Copper oxide, for example, makes green and cobalt makes blue. Red was originally made by adding gold to the glass, although more affordable alternatives are used today.

9.Another benefit of modern technology is the innovative methods that can be used to create leadlight windows and doors. In days gone by, though they were stunning to look at, they didn’t offer much insulation. Now, however, triple glazing can be used to improve the energy efficiency of your home and increase the strength of the glass.

10.The largest collection of leadlight designs in Australia belongs to Armadale Doors. With thousands of old discontinued pieces of glass, some dating back 120 Years. This glass, combined with over 10,000 designs to choose from, ensures clients can be confident that their stained glass or leadlight pieces will be the perfect complement to their home.

If you are interested in the addition of leadlight windows or doors for your home, we hope that these interesting facts have intrigued you and inspired you to take the plunge!

At Armadale Doors & Leadlight, we are always committed to designing the most appropriate door & leadlighting for people’s homes.

Whether you’re looking for a coloured or clear bespoke feature window, speak with our team today to learn more about how a beautiful glass masterpiece can benefit your space.